Disclaimer: Every time you use one of our affiliate links, we earn a commission. Your purchase supports our research so we can bring you the best info about sleep products. Learn More

What Are the Most Sleep Deprived Cities In America? Find Out Here!

New York may be called the city that never sleeps, but is that even really true? SleePare decided to do the math and find out which American cities get the least and most sleep.

We took research from the CDC to rank American cities based on the prevalence of binge drinking, cancer, low nightly sleep, obesity, mental health, smoking, and arthritis within their communities, we ranked (and re-ranked) over 100 US cities. Which had the worst chance of getting a good night’s sleep? Find out here.

So what are the cities that are most likely to have problems sleeping at night according to our research? Here we list the top 10 sleepless cities in America.

Detroit, MI topped our list of cities that get the least sleep. Motor City has over 674,000 citizens and ranked highly on our list for a number of the contributing factors that lead to a bad night of sleep.

For example, 15.9 percent of the population in this city reports that they are binge drinkers. When coupled with a high prevalence of mental health issues, a large smoking population, high levels of debt, and stress, it’s no wonder that 49.1% of the population reports being unable to sleep at least seven hours a night.

Next on our list is Baltimore. Home to the Orioles and 609,032 tired Marylanders. But why aren’t citizens of Baltimore getting any sleep? According to the CDC’s PLACES report, 48.8 percent of the city gets less than seven hours of sleep per day.

Part of the reason behind their lack of sleep is poor general health. Over 40 percent of the population is obese and obesity is often linked with sleep disorders like sleep apnea. Furthermore, the city has high stress levels, ranking in the top 10 for cities with the most stress. One primary culprit for that stress might be the over $73,000 worth of debt held by the average citizen.

Having high incidences of arthritis means that many of the citizens are in pain and pain is negatively linked to sleep. In fact, it can be an almost unending cycle. According to the Arthritis Foundation, pain can cause you to get less sleep but getting less sleep can further aggravate your arthritis.

Other factors contributing to Toledo’s sleep problems are, high levels of binge drinking, high levels of arthritis, moderate levels of reported mental health issues, and the biggest culprit of all is that 43.8 percent of the adult population is obese.

It’s not just during Mardi Gras that this city has trouble going to bed. Ranked fifth on our list, New Orleans is yet another city that has trouble finding a good night’s sleep. Citizens of the city have a lot of stress to deal with and they’ve been dealing with it in ways that hinder their sleep only making the situation worse.

This Garden State city has a problem falling asleep. Nearly 54 percent of the population surveyed by the CDC stated that they sleep less than seven hours a night. Seven hours of sleep is the bare minimum recommended by the CDC for optimal health.

But why are these New Jerseyans so sleepless? The primary culprit identified by our research is stress. They rank as the fifth most stressed-out city according to our research. One contributing factor to this stress might be the high level of debt that they carry. The average citizen of this state is burdened by $59,100 worth of debt and all that debt must be keeping them up at night.

Wilmington, Delaware, hometown to the very accomplished actress Elizabeth Shue, is seventh on our list of the most sleepless cities. The city is filled with thousands of hardworking adults who are dealing with the stress from all that hard work by turning to tobacco, food, and drinking.

Due to their high levels of obesity, smoking, and binge drinking it’s no wonder why these citizens are so prone to sleepless nights. Only 53.5 percent of the population is able to get their nightly recommended amount of rest.

Norfolk, VA is a city burdened by excessive debt and stress, which is why it’s found itself on our list of the top 10 cities that never sleep. They are also a town of hardworking individuals that really take to heart the phrase “work hard, play hard” as they couple their hard work ethic with excessive drinking.

Move over New York City, the Empire State has a new city that never sleeps. By the way, New York City was the 14th most sleepless city on our list. So, how did Rochester edge out the Big Apple? It’s almost entirely based on their health.

45 percent of Rochester doesn’t get enough sleep and it’s probably due to health. According to our research, 8.1 percent of citizens are battling cancer and 23.9 percent are living with arthritis, both ailments can cause pain leading to lack of sleep. Additionally, with smokers making up 25 percent of the population and a high rate of obesity, health-related issues are definitely hindering their sleep.

Rounding out our list is Milwaukee, Wisconsin. Milwaukee makes our list as the 10th most sleep-deprived city and according to CDC data over 46 percent of Milwaukeeans don’t get nearly enough restful sleep each day.

Why don’t the citizens of Milwaukee get enough sleep? It might be related to their lifestyle choices. For example, more than a quarter of all citizens report binge drinking and heavy alcohol use is linked to sleep initiation and maintenance disorders.

Top 10 Cities That Get a Good Night’s Sleep

Now that we know which cities get the least sleep, it is also important to highlight which cities are primed for the best night’s sleep and why.

Overland Park is the second-most populated city in Kansas and was recently named one of the best cities to raise a family. This city reports that over 71 percent of its population gets more than 7 hours of restful sleep a night and this is likely related to the city’s overall good health and reduced stress levels.

The capital city of Idaho is another city that gets great sleep. While citizens of Boise do have to deal with high levels of debt (over $50,000 of average debt per citizen), only 14 percent of the population smokes and less than a third of them are obese. By making healthy lifestyle choices this city’s citizens are sure to get the sleep they need.

With over two-thirds of the population reporting an ability to get the CDC recommended daily allowance of sleep, Springfield, Missouri is another city that has made some great choices that have helped them to sleep soundly at night. They have low debt levels and only a small segment of their population smokes.

While 20 percent of Burlington’s citizens binge drink, this hasn’t hindered their ability to sleep soundly. Only 27.7 percent of their population reports not getting seven or more hours of sleep per night. They also have a low rate of arthritis and low stress levels. With good health and minimal stress, the people of Burlington, Vermont are able to get quality sleep.

Mid-Western American city, Lincoln, Nebraska is a city with very low stress levels. They hold first place on our list of cities with low stress levels. And with only $26,600 worth of average debt per citizen, it’s no wonder why they’re so relaxed and ready to get the sleep they need.

Who wouldn’t be able to get quality sleep when they live in beautiful Huntington Beach, California. Citizens of this city are very healthy. Less than seven percent of the population is battling cancer and only 17.7 percent are obese. Healthy people tend to get healthy sleep and that’s why nearly 70 percent of Huntington Beach are able to get a good night’s sleep.

This eastern Iowa city is seventh on our list of cities that get the most sleep. Primarily related to their low stress scores and low population of smokers, citizens of Cedar Rapids tend to get more than seven hours of sleep per night.

According to CDC data, less than 10 percent of the people that live in St. Paul, Minnesota smoke tobacco products. Thankfully for them, this lifestyle choice combined with overall good health has helped St. Paul’s citizens to report that nearly 71 percent of them get over seven hours of rest per day.

Only 8.8 percent of Austinites report dealing with mental health issues that often impact sleep. While nearly 31 percent of Austin smokes, this Texas city has low stress, low debt, and low incidences of arthritis helping them to rank 10th on our list of cities that get the most sleep.

What Cities Can Do To Promote Better Sleep

Getting better sleep is important for human survival and an individual’s ability to get more restful sleep is linked to better productivity, decreased work-related accidents, and overall better health.

So what can your city do to help promote better sleep at night? City decision-makers can invest funds into healthy living promotional campaigns. They can also work to provide better support systems to those struggling with mental health issues. Additionally, if cities around the United States continue to remain committed to reducing the use of tobacco products, they can help more of their citizens find the sleep they need at night.

SleePare is committed to helping all people get better sleep. We offer blogs and the resources you need to get your best night’s sleep.

There is a multitude of reasons why a person might not get the best sleep at night. According to one study published in the Journal of Research in Medical Sciences, the contributing factors to poor sleep experiences are exposure to tobacco smoke, stress, pain, and other things like smells, noise, and too much exercise.

Other factors that contribute to poor sleep experiences, according to Harvard Medical School are diet, lack of exercise, pain, depression, stress, and poor sleep habits. We decided to focus on many of these reasons to see which cities were likely to have the most citizens with sleep problems.

We took research from the CDC to rank American cities based on the prevalence of binge drinking, cancer, low nightly sleep, obesity, mental health, smoking, and arthritis within their communities.

The 169 different cities were then ranked on the percentage of prevalence of these factors and then given a percentage score. We weighted low nightly sleep as this was a key indicator of low sleep.

We also took data from the Population Reference Bureau, The Simple Dollar, and WalletHub’s stressed-out cities and hardest working cities to better inform our estimation of which cities have the hardest time getting sleep.

After ranking these cities, we tabulated a score based on their positions to then rank them based on how high their score was. The higher they scored, the less likely their citizens would be to find quality sleep at night.

You can see our full results here! 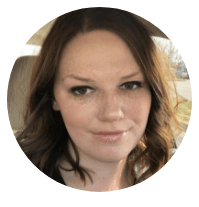 Emily is a sleep expert and content creator at SleePare. With over five years of experience writing and extensive experience reviewing mattresses, curating comparisons and advising on "best of" guides, she's well-versed in mattress technology.

Emily has perfected this method by personally testing over 200 different mattresses, so she's not only able to discern the overall value of a specific bed, but to assign its value to different types of sleepers.

Along with creating honest and straightforward mattress features, Emily enjoys spending time with her dogs and exploring her home town of Lexington, Kentucky. 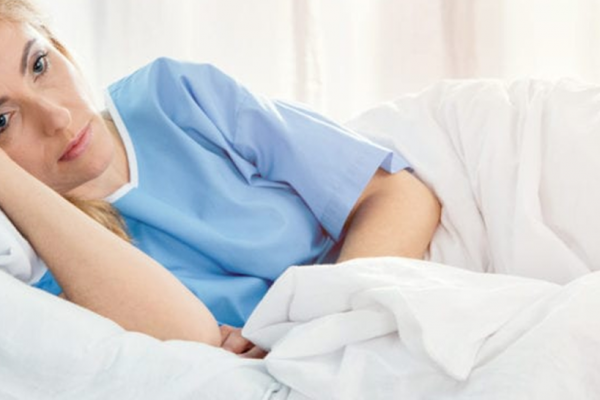