Orexin and Sleep: Everything You Need to Know

The brain and its anatomy continue to puzzle neurologists and psychologists to this day.

One topic that has been on the scientific community’s mind is the relationship between sleep and brain. Not only how they are interrelated but how their relationship affects our lives. 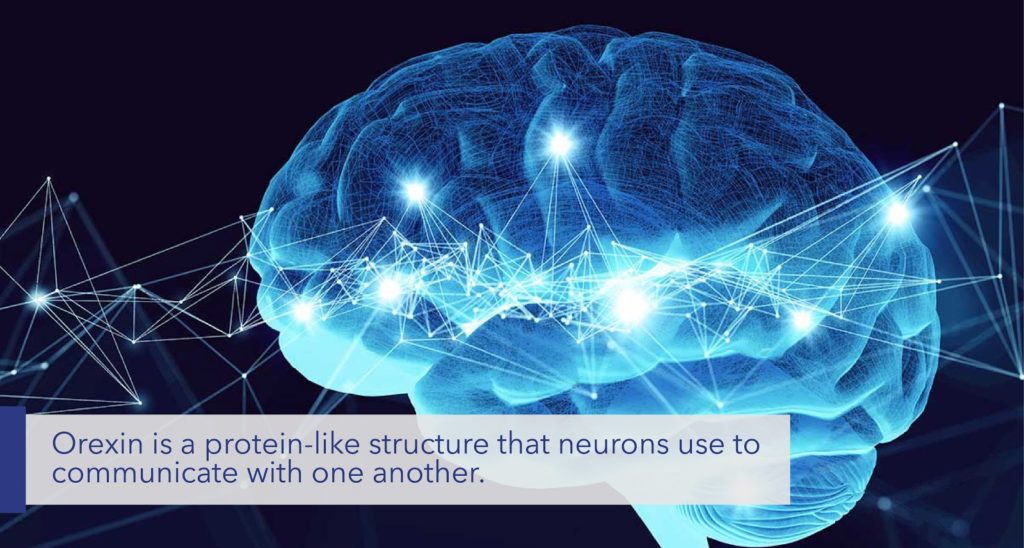 Orexin is a neuropeptide — a messenger between neurons. It's a protein-like structure that neurons in the central nervous system (CNS) use to communicate with one another.

Neuropeptides are used by the neurons to signal each other about various functions carried by the brain. For instance, food intake, regulation of chemical reactions in the body, procreation, and learning of social behaviors are all partially controlled by orexin.

The Orexins were discovered in 1998 simultaneously by two research teams in the US and the UK. One group of researchers named it hypocretin, while the other called it orexin.

Although both names befit the chemical and biological process they describe, both the names signal two distinct things. In the scientific literature today, hypocretin is used to refer to the genetic component of the peptide, whereas, orexin refers to the protein part of the molecule. 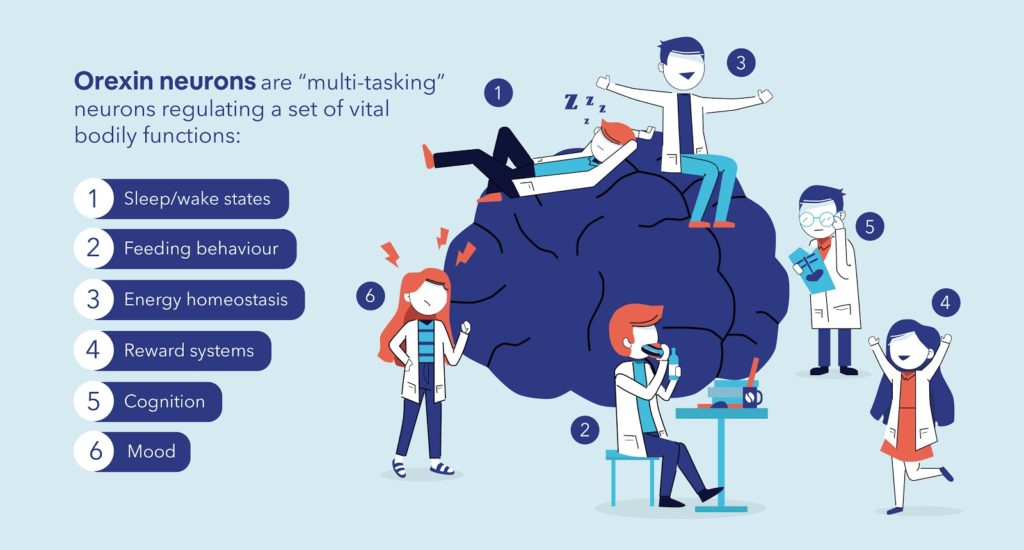 Initially, it was believed that this protein-like structure was used only to regulate food intake. Recent studies, however, reveal that this chemical is responsible for a wide array of bodily functions.

Fat is the stored form of energy. It can either be consumed by a high cholesterol intake or by integrating lots of carbohydrates into your diet.

In the absence of the body's primary source of energy, carbs, the body breaks down the stored fat and converts it into smaller molecules such as protein and glucose to perform the biological and chemical routine tasks.

When this happens, the neurons in the brain release orexins that alert the relevant body parts to active fat so that the body's energy level will start to rise.

Experimentation and drug testing on humans are illegal; as a result, mice are often used for this purpose. Mice and humans have similar DNA, thus giving us accurate results.

Recent studies have shown that orexin increases food intake. It is also interesting to note that the production and release of orexin impact our perception of food and the food we consume also affects the production of orexin.

If the levels of orexin get too high in our bodies, our body system can go haywire. 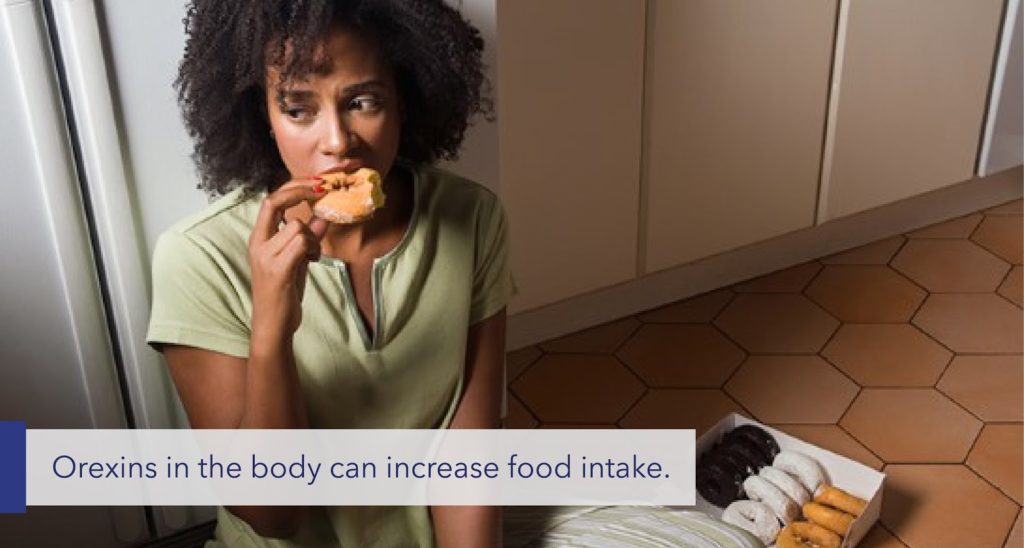 The word addiction has a negative connotation attached to it. It is seen as an illness, and people often try to stay away from it. However, the reality is that humans can become addicted to anything, like binge-watching Netflix or even another person.

Recent research has shown that orexin is actually a blessing for addicts. Studies conducted on alcohol-addicted mice found that those that were injected with high levels of orexin lost the appetite for alcohol.

Orexin plays an essential role in lipid metabolism, which are also known as fat-related chemical reactions in the body. Lipids include any molecule that is fat insoluble, that is, does not dissolve in fats. Orexin helps us dissolve such particles.

If orexin were absent from us, we would be deprived of essential macro and micronutrients such as vitamins K and D. 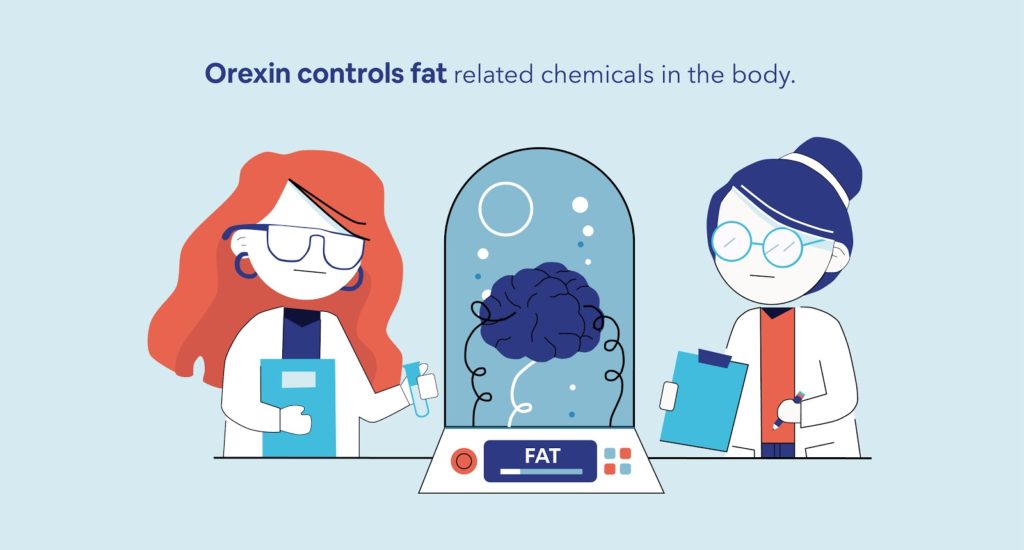 Evidence on the relationship between mood, general well-being and orexin are under investigation. If the current research gains more momentum and proof; orexin will likely be used in anti-depressants medication in the future.

The blood pressure in our bodies is essential for our survival. If it gets too low, the blood will not be able to reach the whole body; as a result, the person may die. However, if it rises too much, there is a possibility that the tiny capillaries that make up the majority of the blood system might explode. 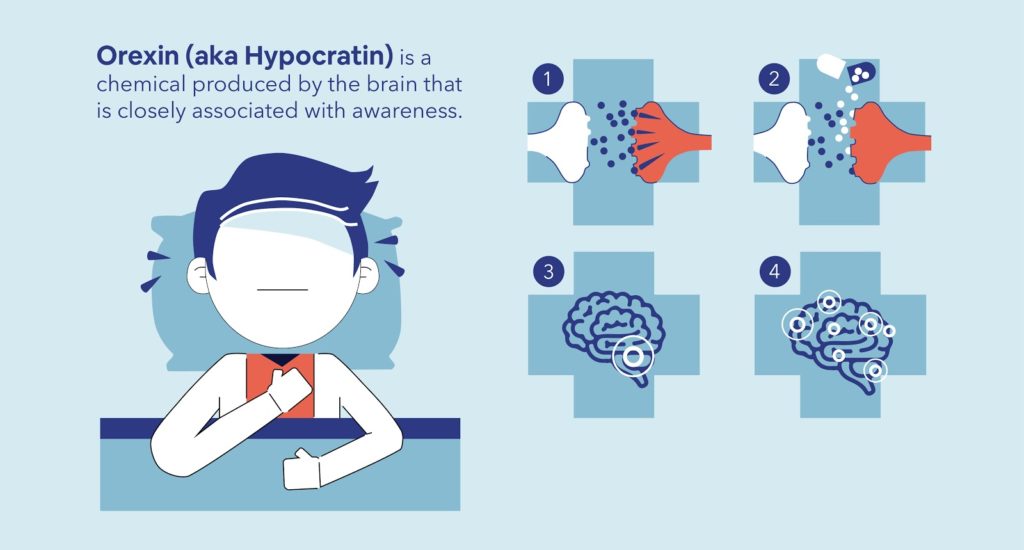 It’s no brainer that our mental well-being is correlated with sleep. A well-functioning human being needs at least eight hours of sleep every night.

If a person sleeps comfortably at night, that is, he or she is comfortable physically, emotionally and psychologically, the brain wakes up refreshed the next morning.

Therefore, it can easily be deduced that the agility of the brain is determined by the amount of sleep a person has every night.

But what makes us feel naturally sleepy at night time and sleep well at night? Scientists say it’s because of how our body interacts with orexin.

Orexin and sleep have a twisted and convoluted relationship. But, studies suggest that the presence of the right amount of orexin is necessary for a night of healthy sleep.

It is also widely noted that deficient levels of orexin in the body can give rise to various sleep disorders. Narcolepsy is one such disorder.

Narcolepsy is when a person sleeps excessively for no apparent reason and also gets tired randomly throughout the day. During their deep slumber, these individuals can also face hallucinations and paralysis. Individuals that suffer from narcolepsy typically have low levels of orexin in their body.

Recent studies and experiments have shown that injecting people with orexin can reduce their tendency to oversleep. From this, it is easy to conclude that orexins help regulate the amount of sleep our body perceives that it needs. 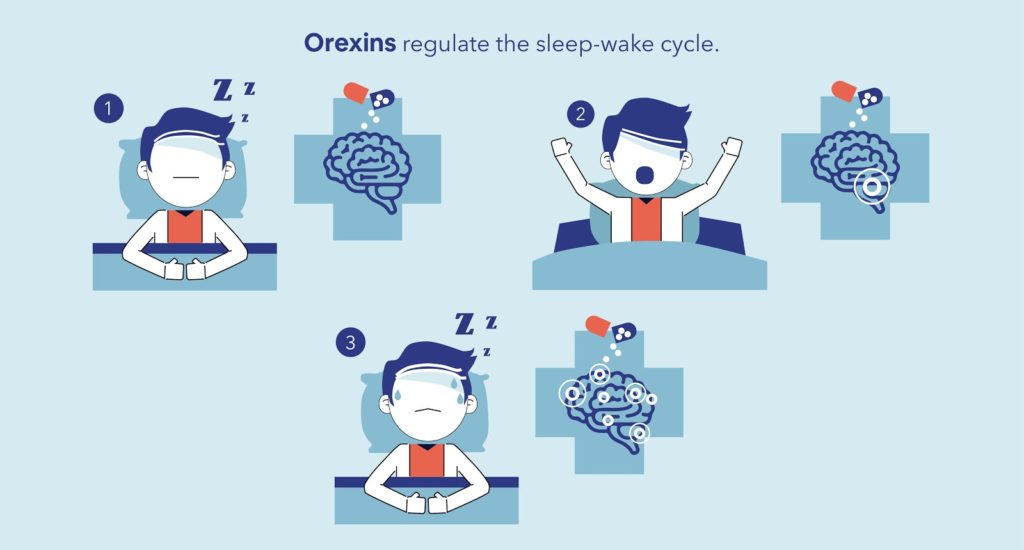 Recent studies show that a drop in orexin from the body’s minimum required level can lead to various sleep disorders, such as sleep apnea and narcolepsy.

Apart from that, certain kinds of orexin receptors can help regulate a person's sleep cycle.

Orexins and the Human Body

Orexins also play a vital role in keeping us awake. Studies have shown that they help maintain our level of happiness and arousal. If you’re feeling depressed, it could be because your orexin is very low.

While scientists are still discovering more and more about how orexin impacts the body, they do know that they are polypeptides. That is, they are composed of proteins and amino acids.

Orexins impact the alertness of the brain and the body. Present evidence on orexin indicates that apart from maintaining the body's sleep cycle, it performs other functions, including blood pressure regulation, food intake, metabolic reactions and overall mood. 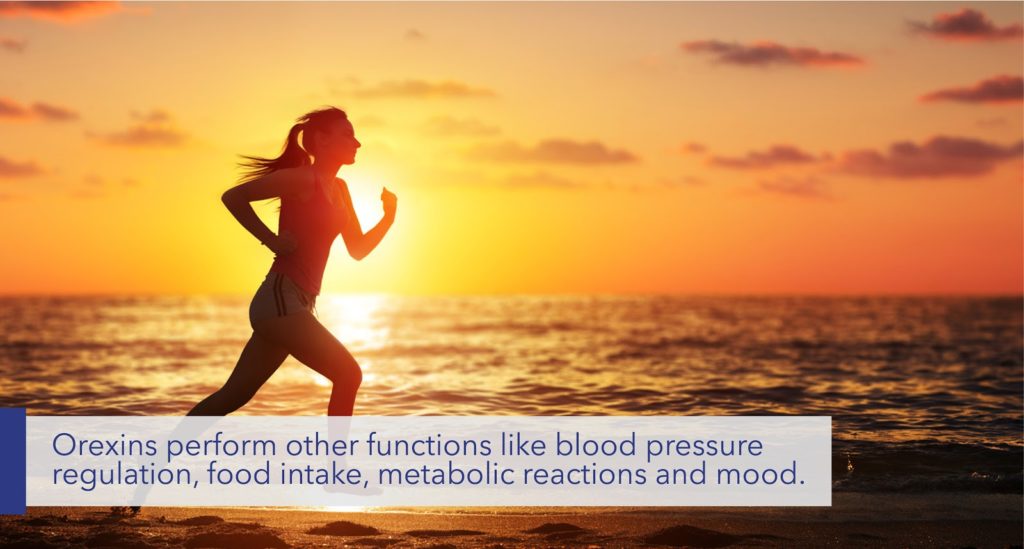 The Compatibility of Orexins and Medication

In recent times, orexin is being increasingly used as a sleep medicine. It is used a great deal in curing different types of sleep disorders as well as insomnia.

Various pharmaceutical companies all across the United States, are trying their best to develop drugs that make use of orexins to cure multiple sleep disorders. These drugs are known as antagonists and their primary purpose is to alleviate the level of orexins in the brain to induce sleep.

Now that you know how orexin can impact your sleep, you should set yourself up for a great night’s rest.

To do this, a person should be comfortable while sleeping, also should be warm and should have a firm, supporting mattress that fits their specific needs.

Dustin is the lead content creator at SleePare. With a degree in Computer Science and extensive experience reviewing mattresses, curating comparisons and advising on "best of" guides, he's truly a mattress technology expert.

Dustin has perfected this method by personally testing over 200 different mattresses, so he's not only able to discern the overall value of a specific bed, but to assign its value to different types of sleepers.

Along with creating honest and straightforward mattress features, Dustin enjoys creating pieces aimed at helping people get their best sleep ever.

When he's not creating helpful content, Dustin enjoys jogging, fishing, hunting and playing video games in and around his Virginia home.